The emergence of immuno-oncology drugs has transformed the treatment of cancer. Since approval of the first immuno-oncology agent in 2011, 11 drugs have been approved in the U.S. to date and they have become the standard of care in a number of cancer types, including melanoma, lung and kidney cancers1. Hundreds of other compounds are in development.

These compounds encompass a wide range of therapeutic strategies, including checkpoint inhibitors, T-cell targeted immuno-modulators such as CAR-T therapies, cancer vaccines, oncolytic viruses, and next generation, bi-specific antibodies. All these approaches target tumor antigens – proteins present on tumor cells that allow the immune system, and immuno-oncology agents to recognize and target these cells.

Despite the dramatic results generated by immuno-oncology therapies to date, they have produced sustained therapeutic benefit in only a subset of patients. The average response rate to checkpoint inhibitors, across a range of tumors, is approximately 30 percent of patients. For CAR-T therapy, initial response rates are high but many patients relapse.

Recent research suggests that one reason patients do not respond to immuno-oncology therapies and some responders become resistant is an insufficient number, or density, of tumor antigen targets. The beneficial responses to many checkpoint inhibitors directly correlate with high numbers of tumor mutations and a resulting increase in the number of tumor antigens2. Recent studies suggest that in CAR-T therapy antigen target ‘escape’ or down regulation is an important mechanism of resistance to treatment that can develop within months (see Table 1 below). 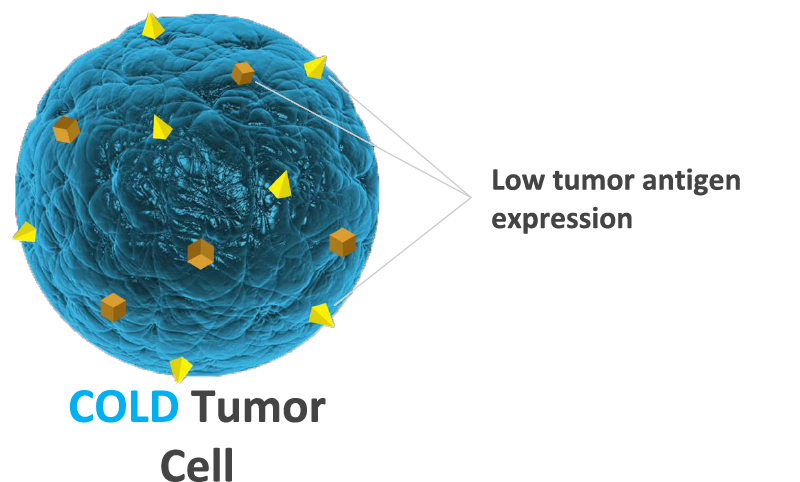 Due to bryostatin induced increase in tumor antigen density 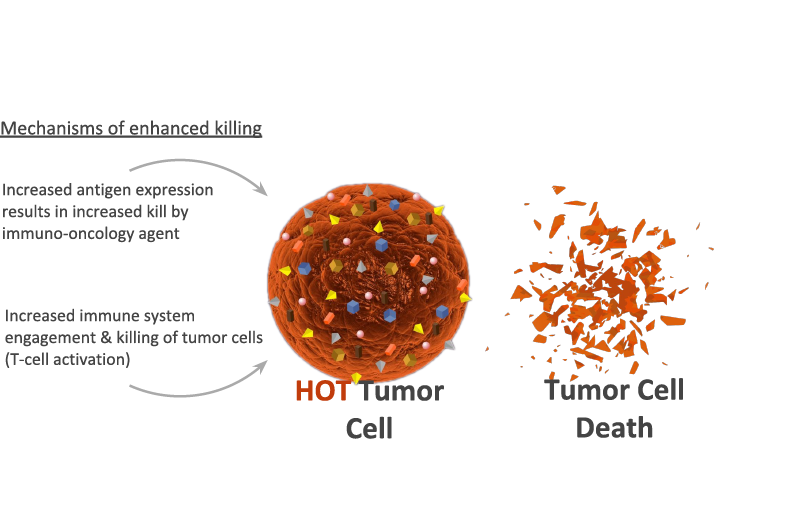 Bryologyx is developing its lead compound, bryostatin to enhance and extend the activity of immuno-oncology drugs by increasing the production of tumor antigens visible to the immune system and by several mechanisms, increasing T cell engagement and tumor destruction. That is, to make ‘cold tumors,’ not responsive immuno-oncology agents, ‘hot’. Bryostatin is a complex natural product, that has generated intense scientific interest at the National Institutes of Health and elsewhere, but whose development has been limited until now by supply. The emergence of immuno-oncology provides a new opportunity to capitalize on bryostatin immune stimulating activity. The company’s program builds this knowledge, earlier clinical oncology experience with the compound in more than 1100 patients, and the development of the first, cost-effective, fully synthetic production method. Bryologyx has exclusive rights to the production method for use in cancer as well as in inflammatory, autoimmune, and infectious diseases.  Bryostatin has been shown in multiple non-clinical studies to stimulate increases in a number of tumor antigens associated with B cell cancers, including leukemias, lymphomas and multiple myeloma, and induce immune stimulatory signaling for T-cells without apparent general immune activation. Preclinical proof of concept of bryostatin’s potential to enhance the response to an immuno-oncology therapy has been demonstrated by researchers at the National Cancer Institute. In a murine model of acute lymphoblastic leukemia, the researchers demonstrated that bryostatin significantly increased the response to a CAR-T therapy by increasing expression of the CAR-T target, CD22. Treatment with the CAR-T CD22 alone delayed but did not prevent tumor progression due to low levels of CD22. Results from these studies were presented at the American Society for Hematology (ASH) conference in 2017 and published1.

In an earlier NCI-supported clinical study exploring the potential of bryostatin in treating Non-Hodgkin’s Lymphoma and Chronic Lymphocytic Leukemia patients, researchers observed the upregulation of CD22 in two patients.2

The Bryologyx development program is focused initially on B-cell cancers, such as Multiple Myeloma, Acute Myelogenous Leukemia and Non-Hodgkin’s Lymphoma. Based on the human safety data from previous clinical trials with bryostatin, and the company’s progress to date, Bryologyx is on a path to initiate clinical studies in late 2020 with bryostatin in combination with an immuno-oncology drug. At the same time, the company is evaluating bryostatin potential in a range of solid tumors.

The company’s synthetic production method also enables the development of proprietary, bryostatin analogs. The company is pursuing development of a number of analogs as next generation cancer therapeutics.

One of the key challenges in treating HIV is the virus’ ability to remain latent in infected T-cells, and inaccessible to immune effectors or antiviral drugs, which are effective only when the virus is active. Latent infection remains a threat to patients throughout their lives and the singular barrier to curing the disease. has a longer-term effort to develop analogs of bryostatin with to reverse HIV latency, potentially making the virus vulnerable to attack by drugs or the immune system. Cell-based and animal research with bryostatin-1 has demonstrated the potential of this ‘kick and kill’ strategy, but the therapeutic index for bryostatin-1 is insufficient for progression to the clinic. Preclinical studies have demonstrated proof of principle that bryostatin analogs have an improved therapeutic index (Marsden et al., 2017).